Alice Drobna doesn’t seem to be very well known on Czech biking and bickepacking scene. Too bad, since she has some fantastic achievements under her belt… She’s been permanently living in the US and not much information about her leaked out. Therefore, I am grateful that Alice agreed with a short interview and that we can find out more about her.

Alice, how long have you been living in the US and how did you end up living there?

I moved to the US in 1995 and became a citizen in 2004. After high school I wanted to travel and see the country, and after a year as an exchange student, I was fortunate enough to move in with my friends living in Illinois and began studying at a local college. After that I was offered a job and decided to stay permanently.

Are you coming back to Czech occasionally?

My entire family still lives in Czech and Slovakia, and I try to visit them as much as I can. In the last few years I was able to travel to see them every summer, but at the beginning it was harder and I only got to see them about once every 3-4 years. 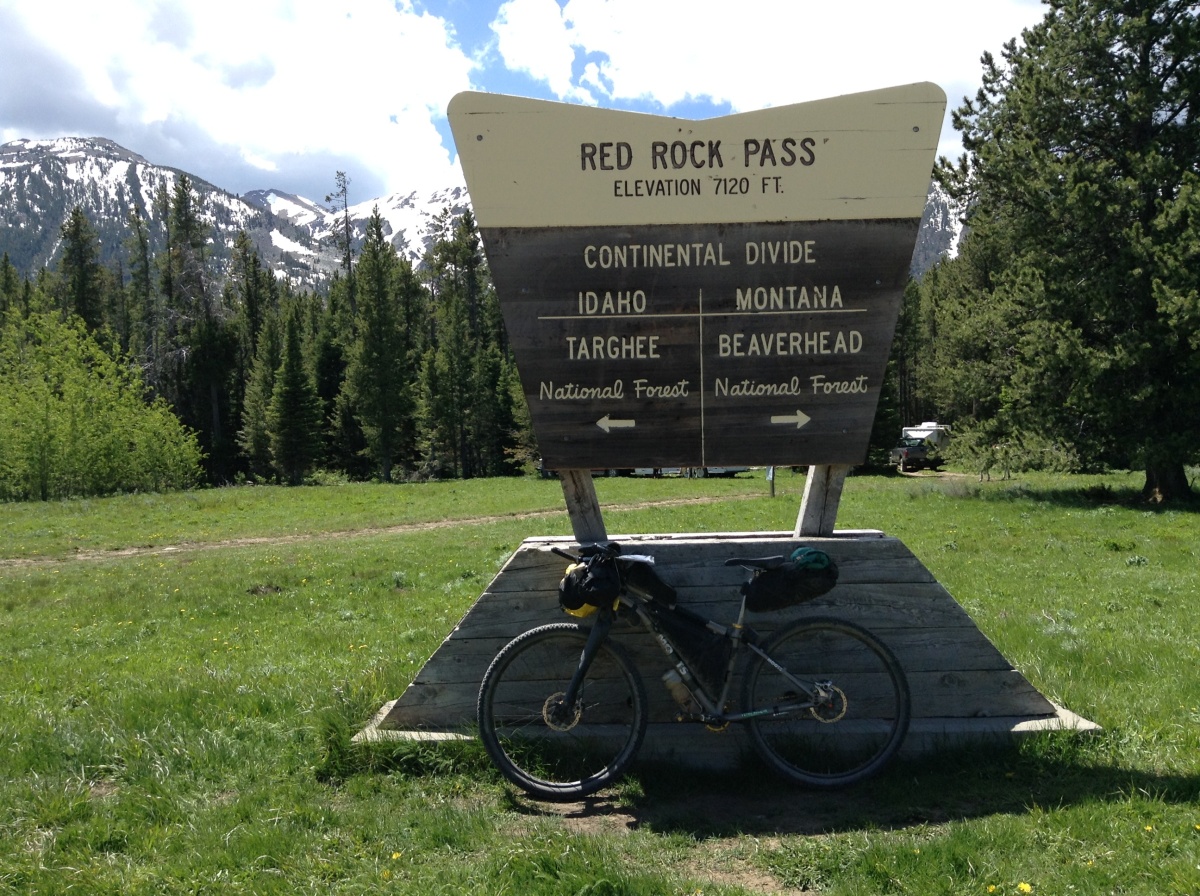 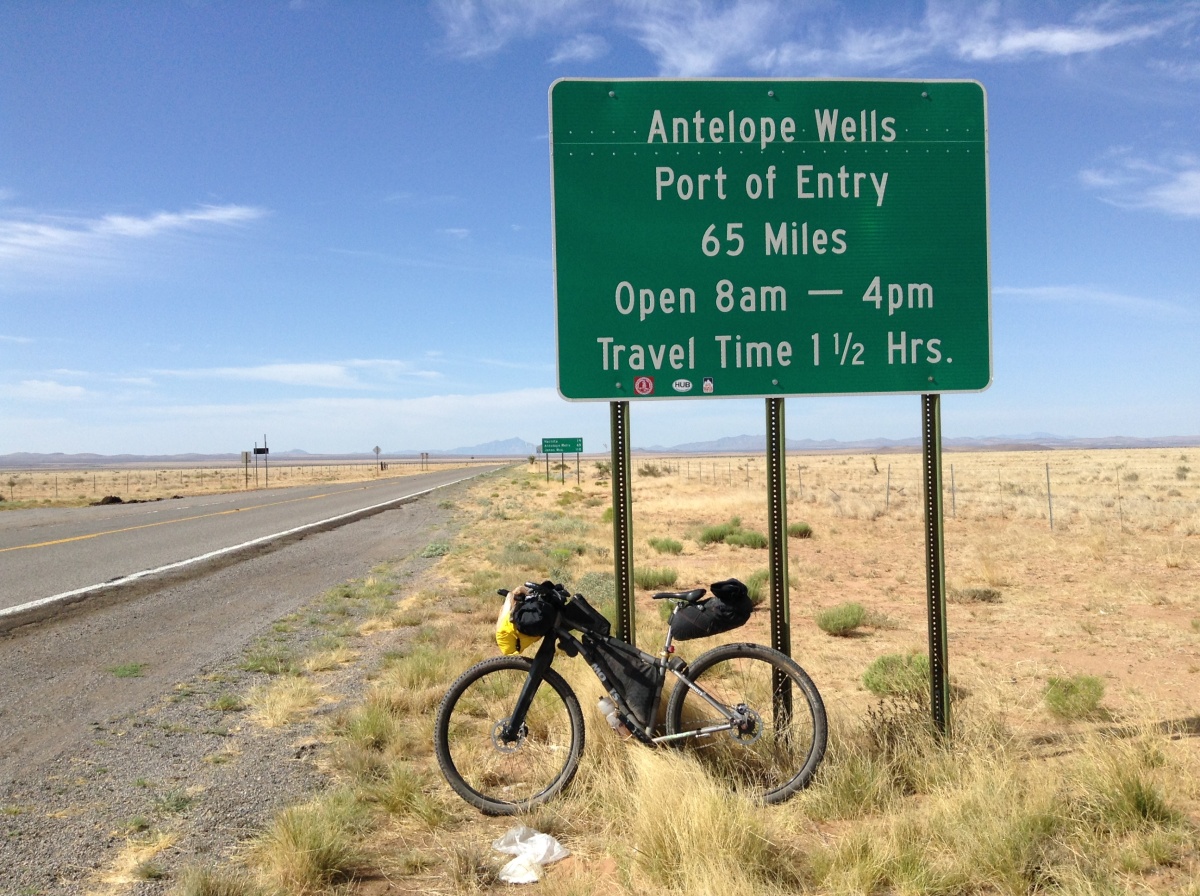 Was it in the US, where you started biking? How did you discover bikepacking for yourself?

Well, actually my first long distance biking experience happened when I was still a little girl growing up in Czech. It was brief and I didn’t return to biking till 2008 when I met my partner, Ross Winsor. He introduced me to mountain biking and also to singlespeed bikes.

I didn’t know much about mountain biking, let alone singlespeeds, but Ross and I started riding together and I learned most of my skills from him. I’ve always been quite good at endurance activities so that was a natural advantage for me. Also, I have always been quite competitive in any sport I tried, so naturally I started racing mountain bikes as well. At first, I started with short distances, then marathon distances, and eventually 100 mile races and a few 24 hour endurance races. But they never seemed quite long to me. Don’t get me wrong, they were quite challenging and brutal, but I always felt I was missing something. Then I remembered a magazine article I had read about the Tour Divide and I realized there was a bigger challenge out there. So, in 2014 I signed up for the race. And that’s how bikepacking began for me.

You are the first woman to finish Triple Crown of Bikepacking and first human to do so on singlespeed! If I count it right, those are three races with a total of 4110 miles and you did that in 36 days and 7 hours. That must have been brutal season! Looking back, how do you feel about it?

Honestly, it feels like a lifetime ago. It was an absolutely incredible experience and I learned so much about myself that year. It’s truly amazing what your body can do with a strong mind. I believe so many people have no idea what they’re capable of until they try and are pushed to their limits. It just takes a strong will and passion. I learned I can keep going even when everything is stacked against me and my body seems completely depleted. I learned that taking good care of your body is very important, because when you do it’ll help you achieve anything. And I learned you have go after what inspires you, and not wait. You may miss it. 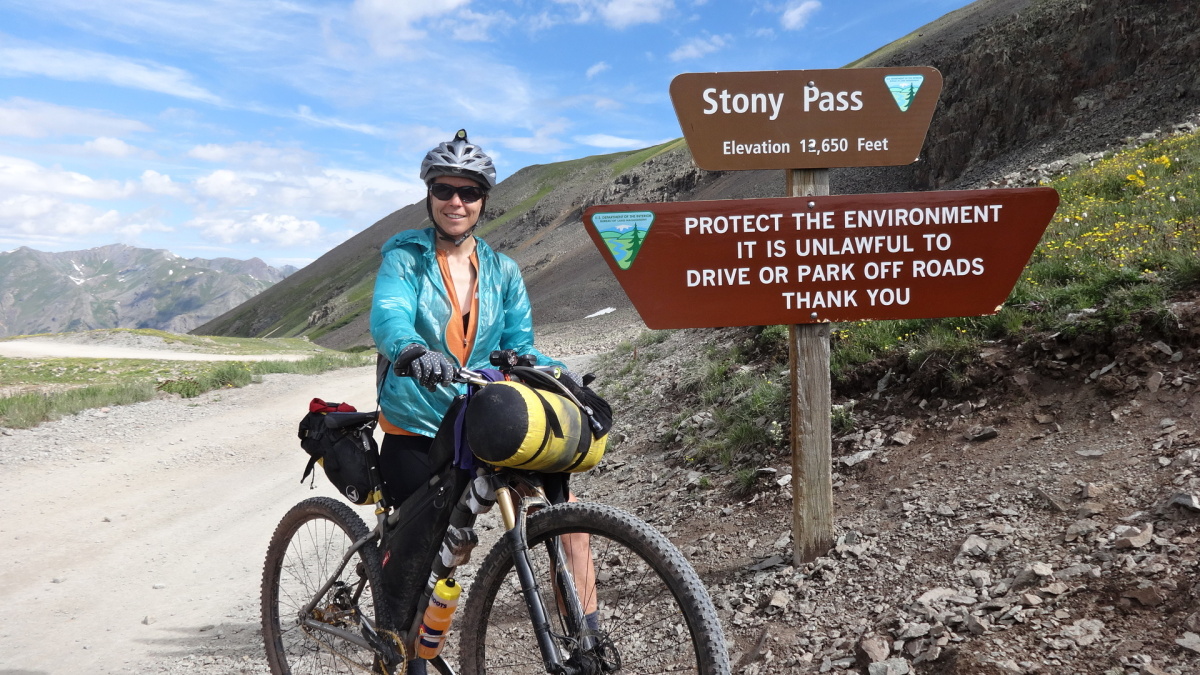 Just one year before your Triple Crown (2014), you won Tour Divide in women cathegory. If I am right, it was very first time that woman on singlespeed won. Kind of pioneering victory! Did you aim for podium before the start?

Actually, going into the race I had no expectations at all. I was just excited to be there and to see if I could do it. I knew I was able to ride 100 miles in one day, I just didn’t know if I could keep doing it day after day for weeks. I wasn’t really racing against anyone – I just wanted to see if I could finish. But something happened during the event – after about the first 8-9 days, each morning I woke up I felt stronger than the day before. And by the end of the race pedaling seemed almost effortless. Even on the very last day, the last 65 mile stretch, I just about sprinted I felt so good. And being outside, day after day, night after night, camping, eating, riding and having no other worries and stress just made it that much more enjoyable. And when you feel happy through and through, nothing is impossible. So I kept on pedaling.

Frankly, all the races I took part in I never had any expectations. I always kept my mind open because I knew anything could happen and I had to be ready for it. Every race was a personal challenge. A race against myself.

Speaking from my own experience – singlespeed is style you either love or never understand… Where did you get the idea of competing on singlespeed?

Well, after I met Ross and we started riding together, singlespeed was the first bike I bought and it’s all I’ve known since. Ross had one and I couldn’t believe how fast and strong he was, so I figured ‘hey it must be the bike!’

So, I think I never really gave it much thought that I was on a singlespeed in a race against others on geared bikes.

You have bunch of fantastic successes under your belt in the realm of singlespeed. It almost seems that absence of shifter is not such a disadvantage on very long and difficult courses… What is your point of view on that?

I love my singlespeed and though there are disadvantages versus geared bikes such as picking the right gear, spinning out on flats, walking your bike on steep inclines, etc. there are things that make it a good choice for bikepacking – it’s quite light, quiet, simple, and pretty much maintenance free (you’ll never rip off your derailleur!) 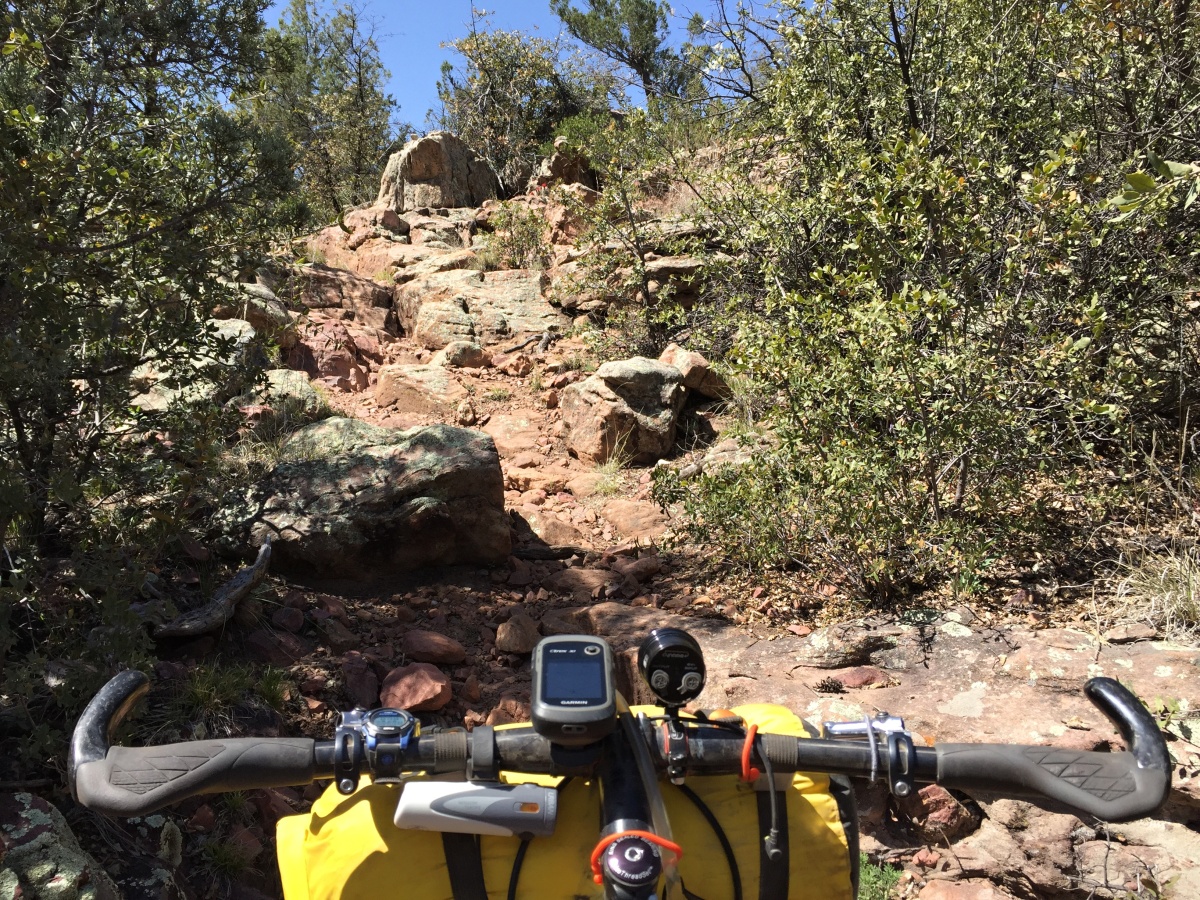 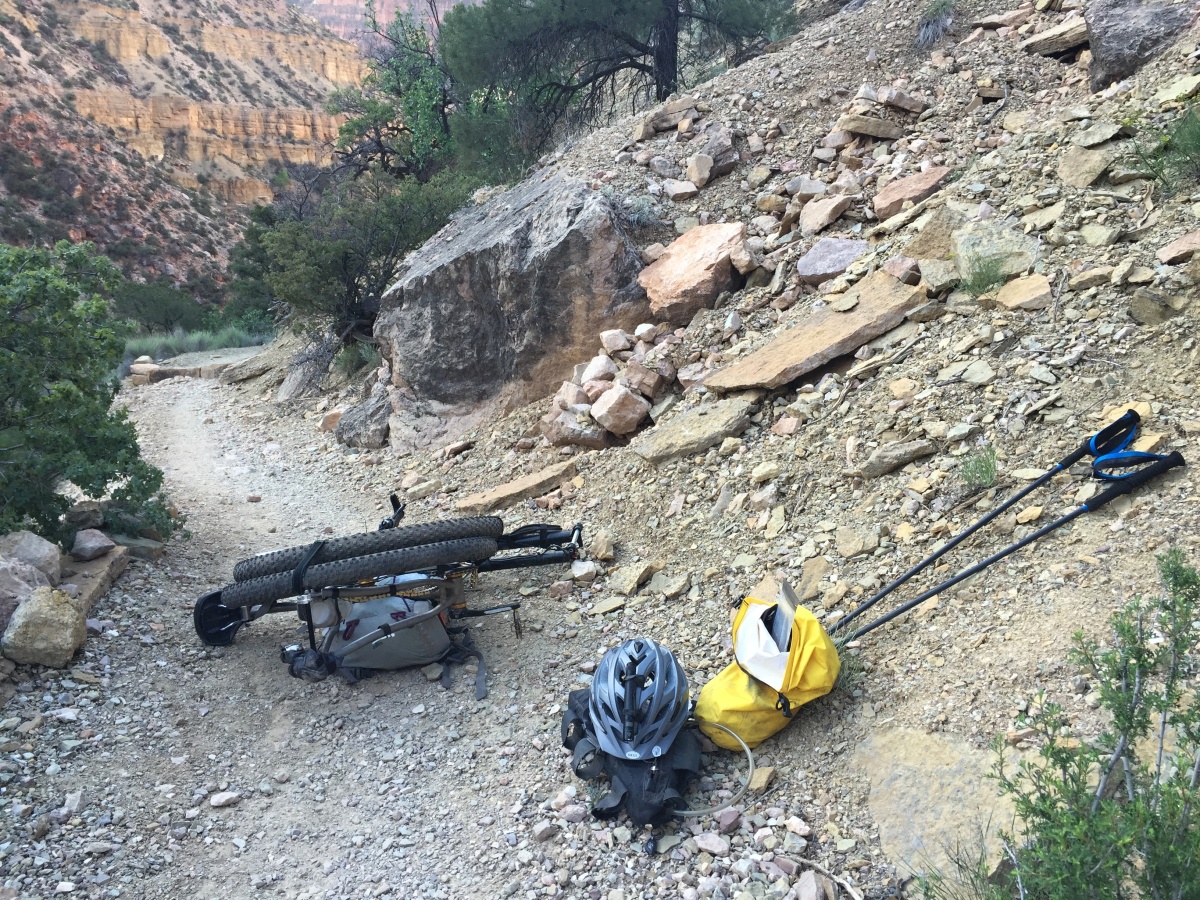 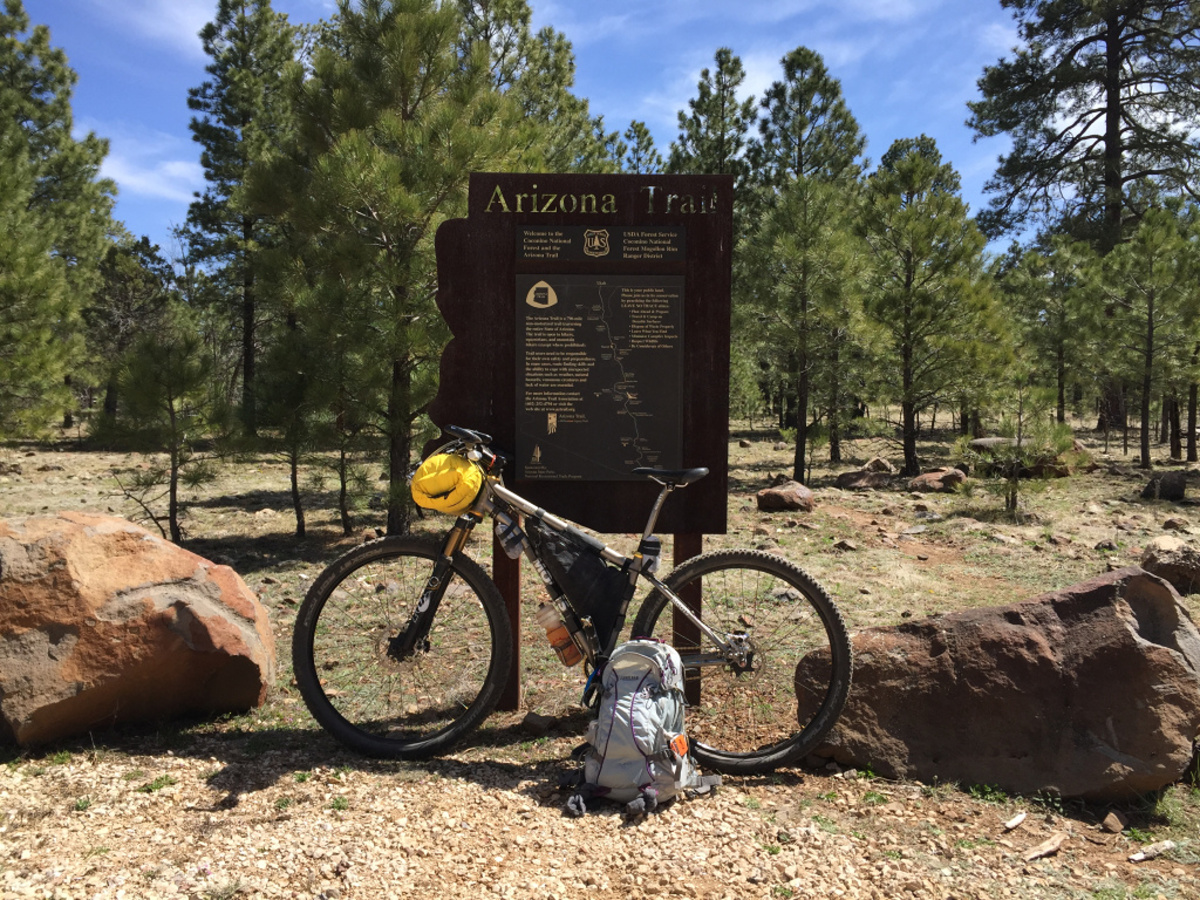 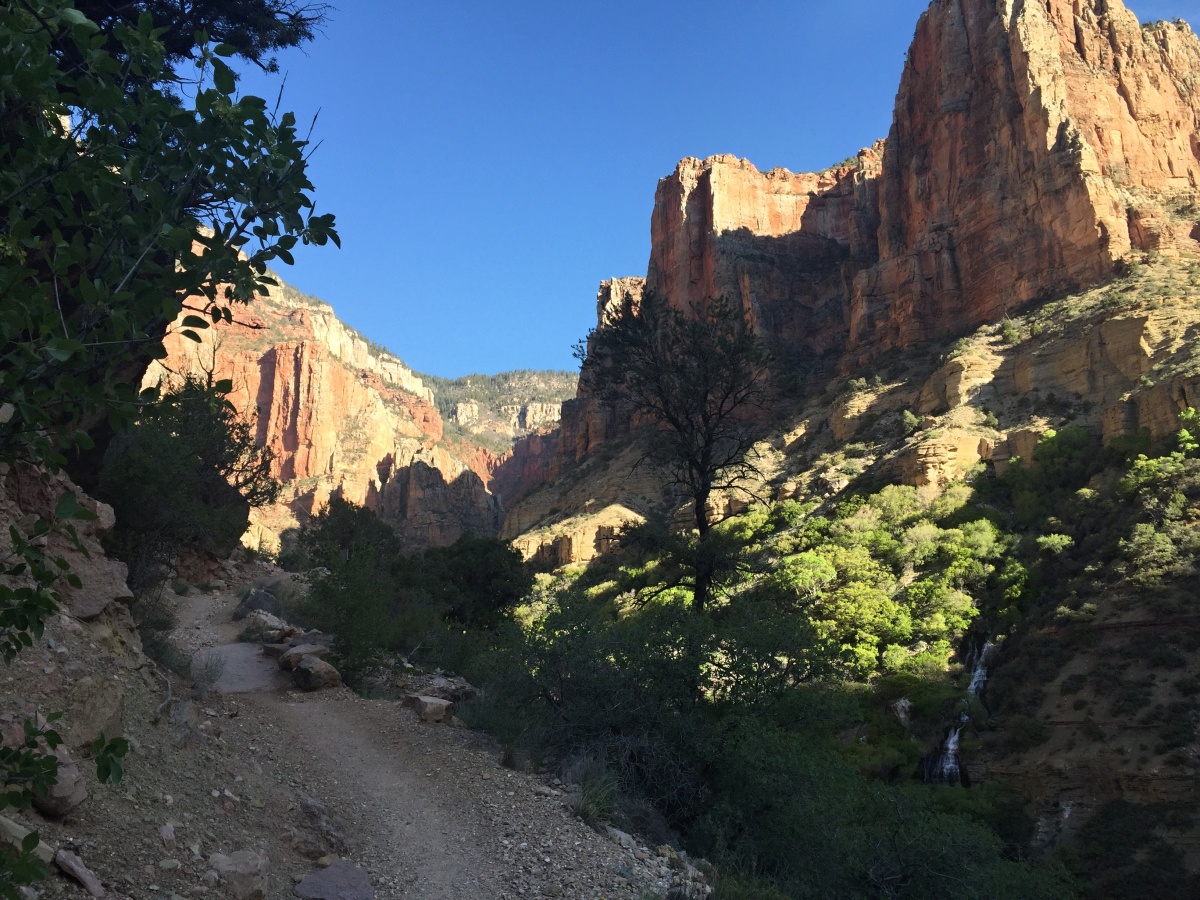 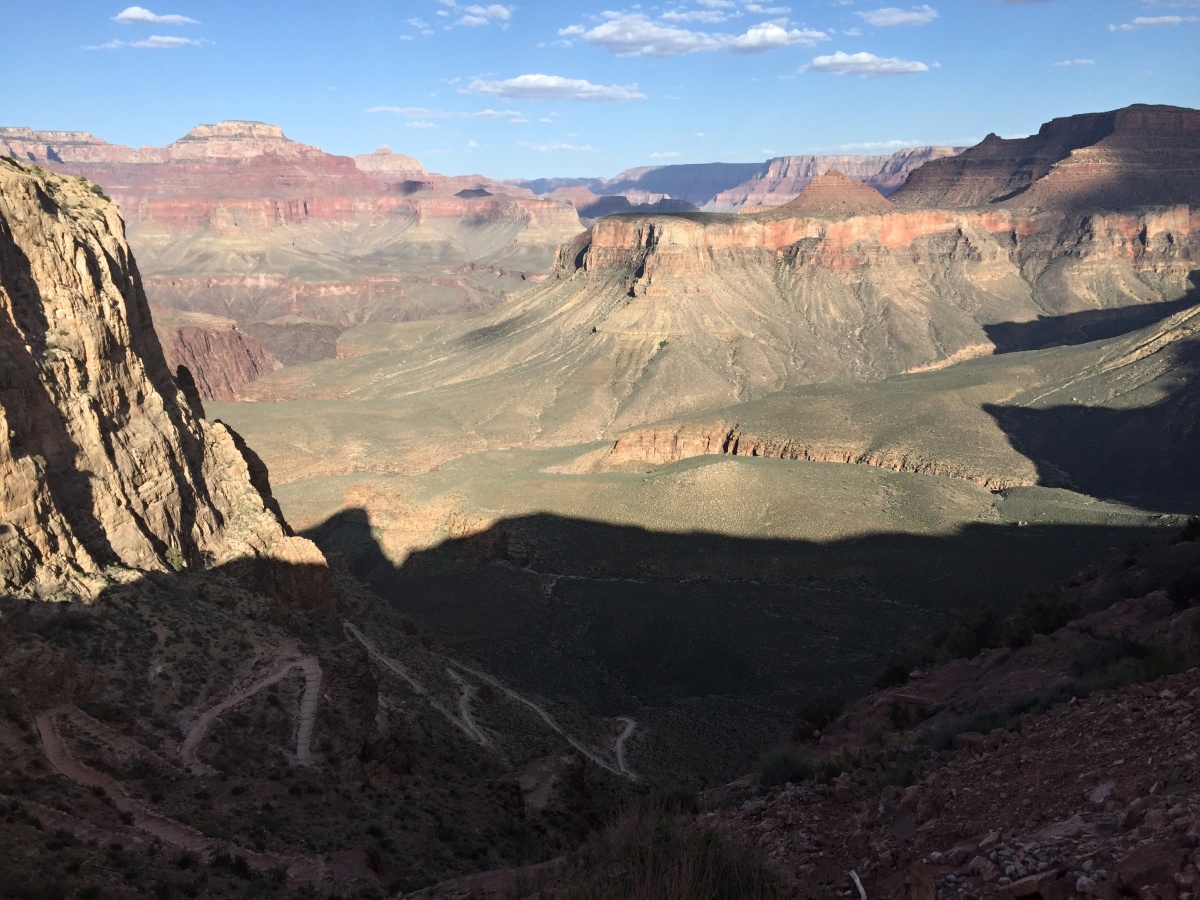 Key factor is a right gear ratio, I suppose. Do you choose it based on study of race course (elevation gain, surface, etc.), or is it matter of experience?

For me it was a matter of experience and years of riding and racing on a singlespeed. I can tell by looking at the elevation profile what the ideal gear ratio would be. This is a very personal choice obviously. What works for me may not work well for other singlespeed riders. For example, I don’t like to power uphill instead I like to spin, so I tend to gear a bit easier if the course is hilly. But I have to be careful not to go too light so I don’t spin out too much. It’s always a balance game. Light and easy.

The bike alone weighs about 21 pounds (9.5kg). With just my gear it can get up to about 31 pounds (16.33kg) and with water and food it can be over 40 pounds. But it always varied a little depending on the type and length of a race

Do you fine-tune your equipment to the smallest detail with weight in your mind, or you don’t find weight crucial?

For all my races, I was progressively getting more particular about my setup and weight of everything. However, I was also always paranoid about not having enough water, so I constantly carried way more than I needed, which obviously made my bike much heavier. But it was a piece of mind and I was glad I did it. But with everything else in my setup, I always tried to go as light as possible, keeping only the necessary items. The only exception was my air mattress, which I considered a ‘luxury’ item I couldn’t be without. A lot of riders simply sleep on the ground in their sleeping bags or bivvys, but I needed the softness of an air mattress so I always carried one. It helped me get a much more restful sleep, and helped my body heal during the night.

For run rides, it’s a different story – I carry things I normally wouldn’t – a stove, a tent, a book, camp lights, etc. 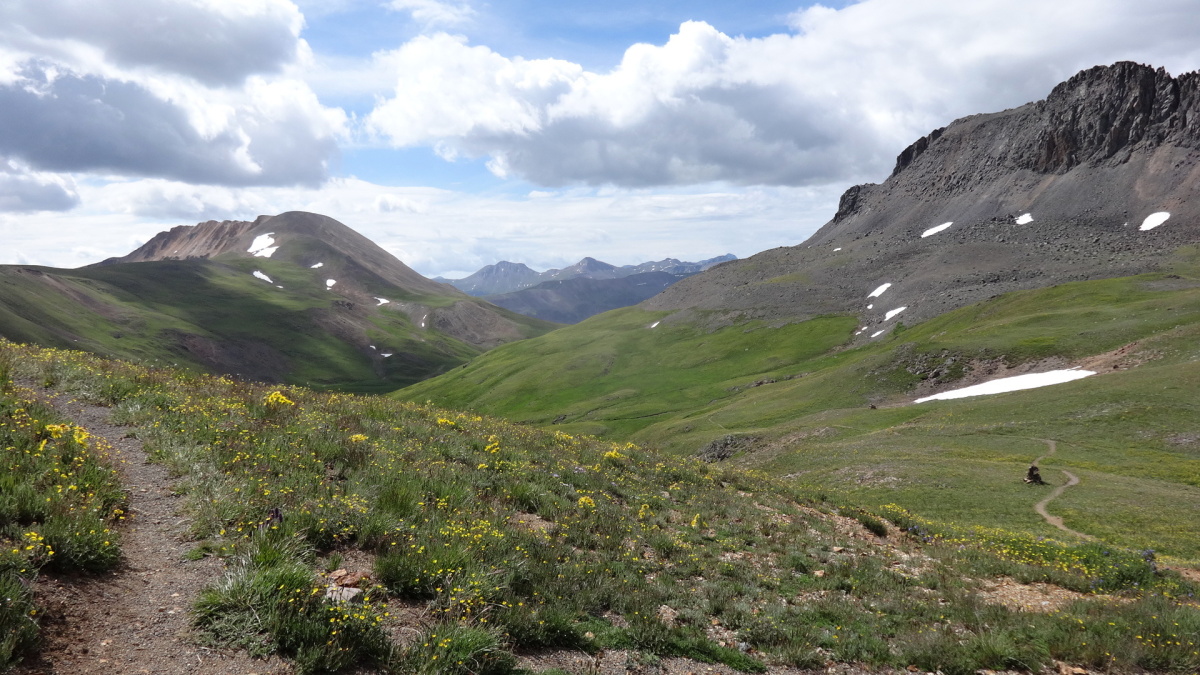 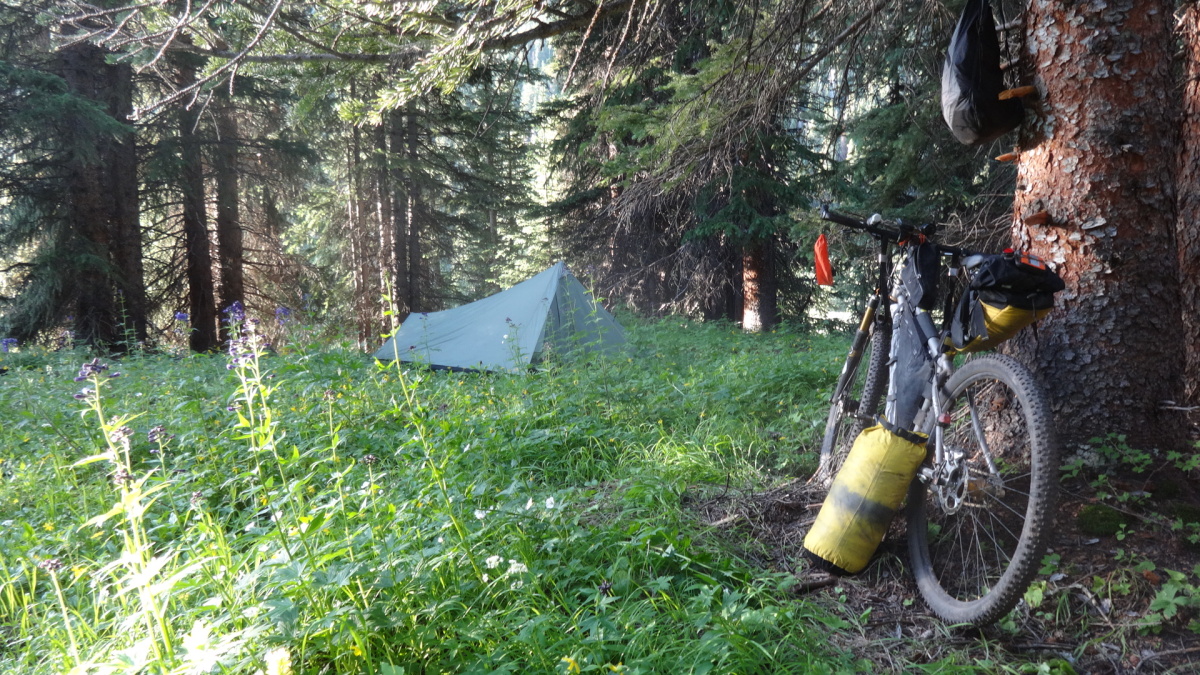 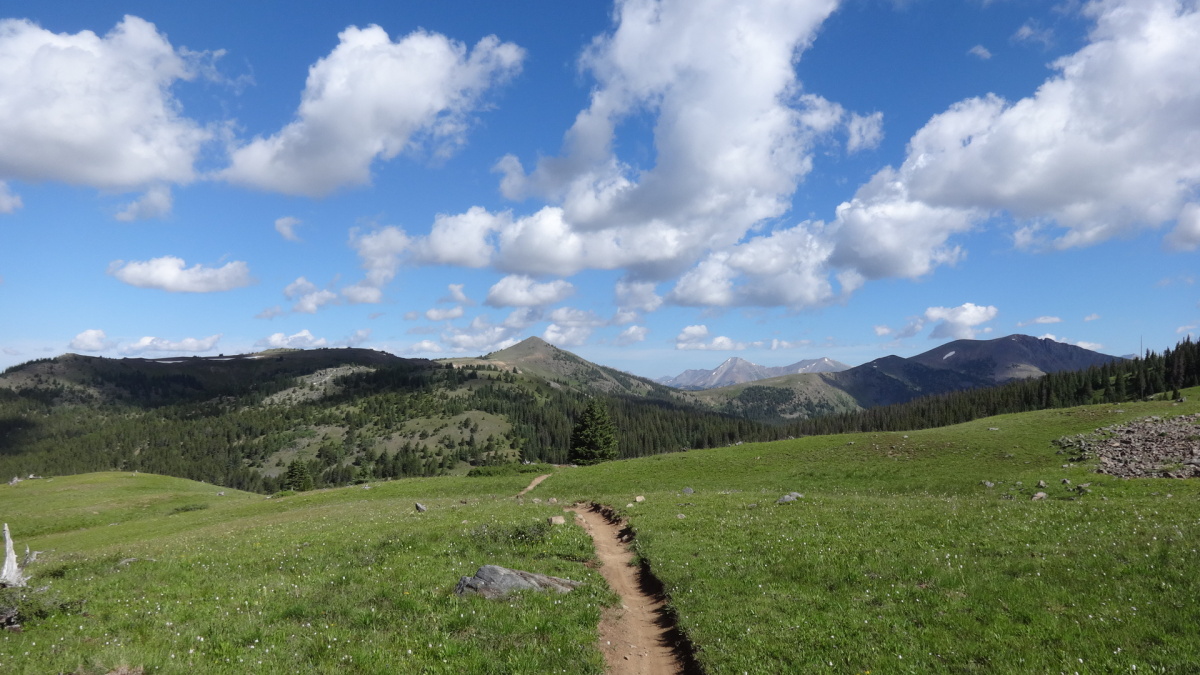 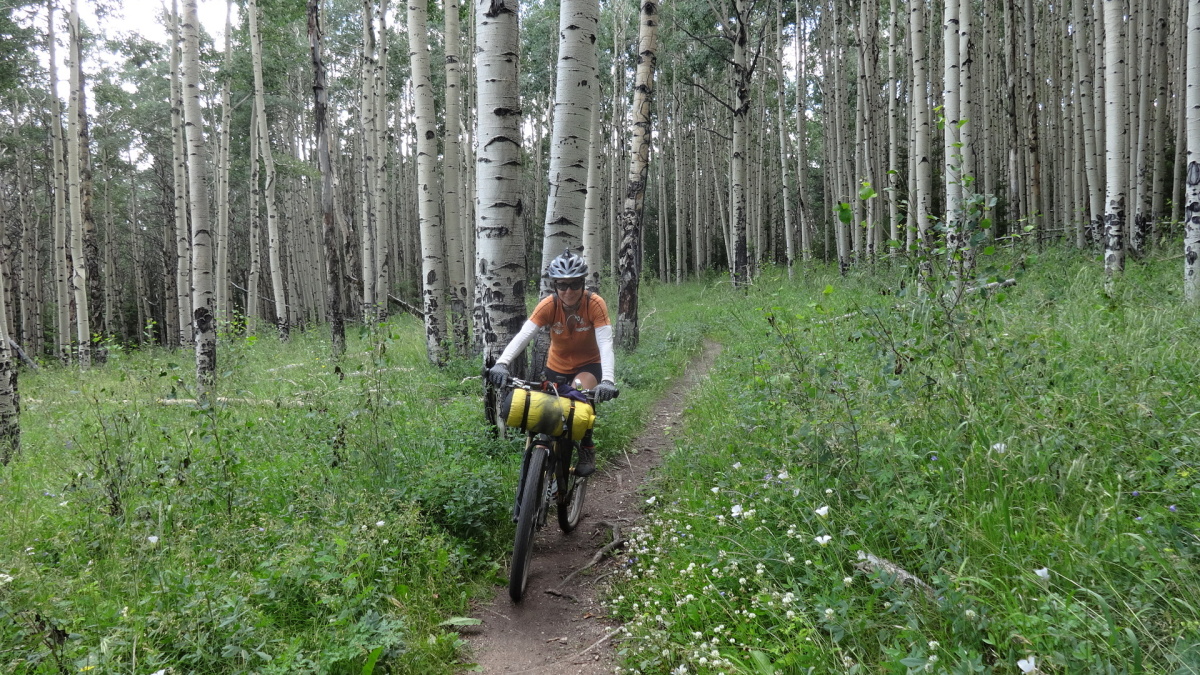 Do you follow news from Divide? What do you think about fenomenal result of Bailey Newbrey (2nd overal) last year and this year’s victory of Alexandra Houchin and her setting of a new SS record?

I like to partake but not really watch or follow. So, no I really don’t keep up on what’s happening out there. After you sent me this message, I read about both Bailey and Alexandra and they seem like phenomenal athletes. I have a lot of respect for them and really anyone who goes out there and challenges themselves.

A lot of bikepackers these days are pushing the envelope of what’s possible. Gear is getting lighter and more minimal, speeds keep increasing and records keep getting broken.

When I first started back in 2014, I feel like that’s when bikepacking really started to take off. Every year it seemed like another record was broken. I never expected to break any myself. I simply went out to ride and challenge myself. A few times, that was enough to set a record or put my name in history.

But competitive bikepacking is changing. You can see the difference between the top racers and the rest of the field grow bigger all the time. Routes get scrutinized and planned to the very last detail, rest and sleep get shorter and shorter, and riders keep pushing the boundaries of what their bodies can do before they break.

Personally, I like to sleep and rest. And even during races I made sure I would get 6-7 hours of sleep every night. This gave me more energy in the morning, and in general made my body happy so day after day I could keep riding fast. Other fast riders go with 1-3 hours of sleep each night for weeks, sometimes completely without sleep for a few days. I couldn’t function that way. And seeing this becoming a trend for the fastest athletes, I felt like it was time for me to step away. For me bikepacking was about enjoyment – I loved the feeling of being free, outside, seeing new beautiful and remote places, simply riding my bike and finding out what I was capable of, all the while making sure I didn’t destroy myself physically. Any achievements that came out of that were simply a bonus.

And now I just ride for me, away from the racing scene, without any pressures and expectations. 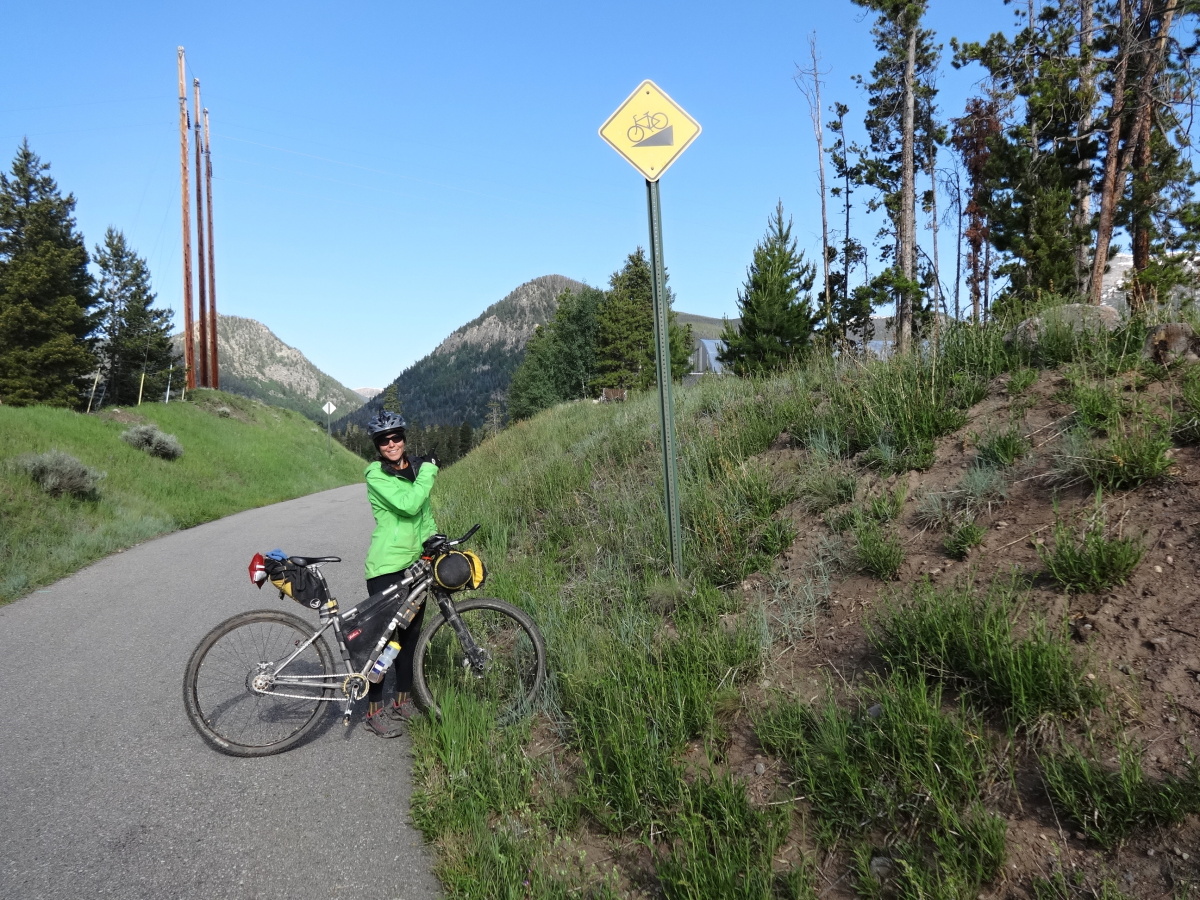 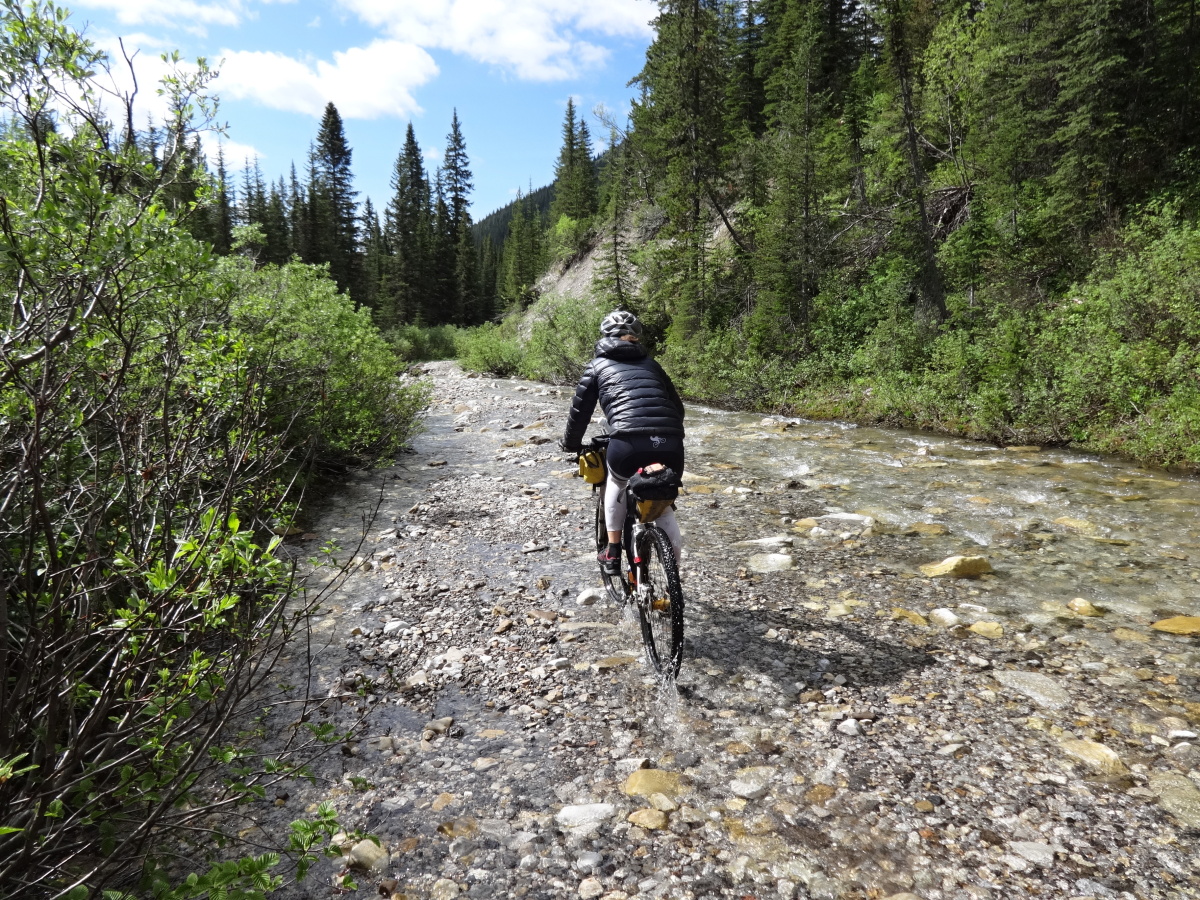 You have left bikepacking competition. All your goals achieved. Where do you find motivation to ride a bike now?

Riding a bike isn’t just a hobby for me. It’s a way of life. I have a commuter bike I use around town and ride it all year around – to work, to the store, to the movies, everywhere. Leaving the competitive scene just meant more peace, more freedom and less pressure on myself. The place I live in has some of the most beautiful nature I’ve ever seen. So, when I’m not on my mountain bike, I’m out there hiking, camping or simply enjoying the outdoors.

You currently live in Oregon, home of iconic Oregon Timber Trail. Do you bike it often?

I haven’t ridden the entire route yet, only a few sections of it near my place. But what I’ve seen so far is absolutely gorgeous.

Thank you very much for the interview and for your time Alice. Wish you many more happy miles.

Thank you. Wishing you all the best in anything you do. Especially on a bike!

If you liked the article, support us by sharing it. THANKS!