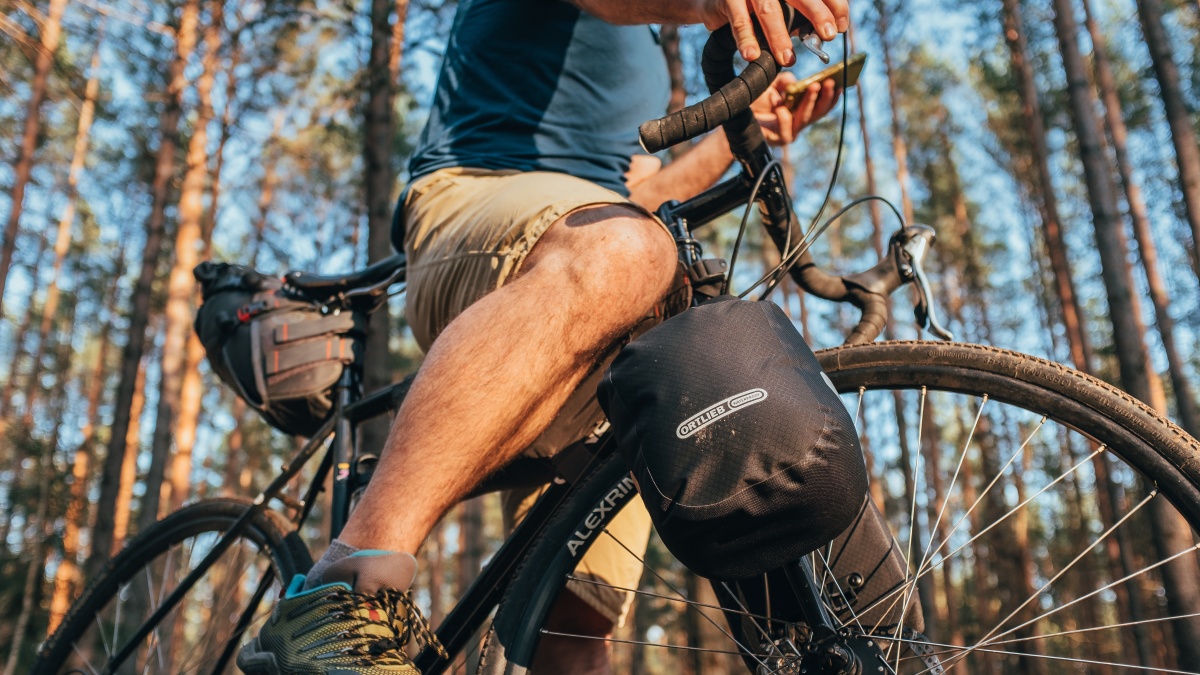 Ortlieb, with his bikepacking line, has already taken a stable place in the field of bikpacking bags. Over the last year, the German manufacturer expanded the bikepacking line to include the so-called Fork Pack. The bags are directly intended to be mounted on the front fork.

Ortlieb, with his bikepacking line, has already taken a stable place in the field of bikpacking bags. Over the last year, the German manufacturer expanded the bikepacking line to include the so-called Fork Pack. The bags are directly intended to be mounted on the front fork.

The Ortlieb Fork Pack thus offers another possibility to expand the volume for cases where space is scarce. Specifically, it’s 4.1l in one bag. The appearance and design of the bags fit completely into the current design of the entire bikepacking line. Welded joints and a firm waterproof fabric (nylon with PU layer) provide 100% waterproof. That is, if you get the closing right. There is also a typical ortholieb reflector. I noticed in the catalogue that there is another variant of Fok Pack plus, which is made of heavier material and is also made in red. Ortlieb fitted the bags with his own bracket, say, a carrier and, for safety, an assembly set for unthreaded forks. With this system, the Ortlieb Front Packs differs significantly from the rest of the competition, for which you often have to work out a bracket. 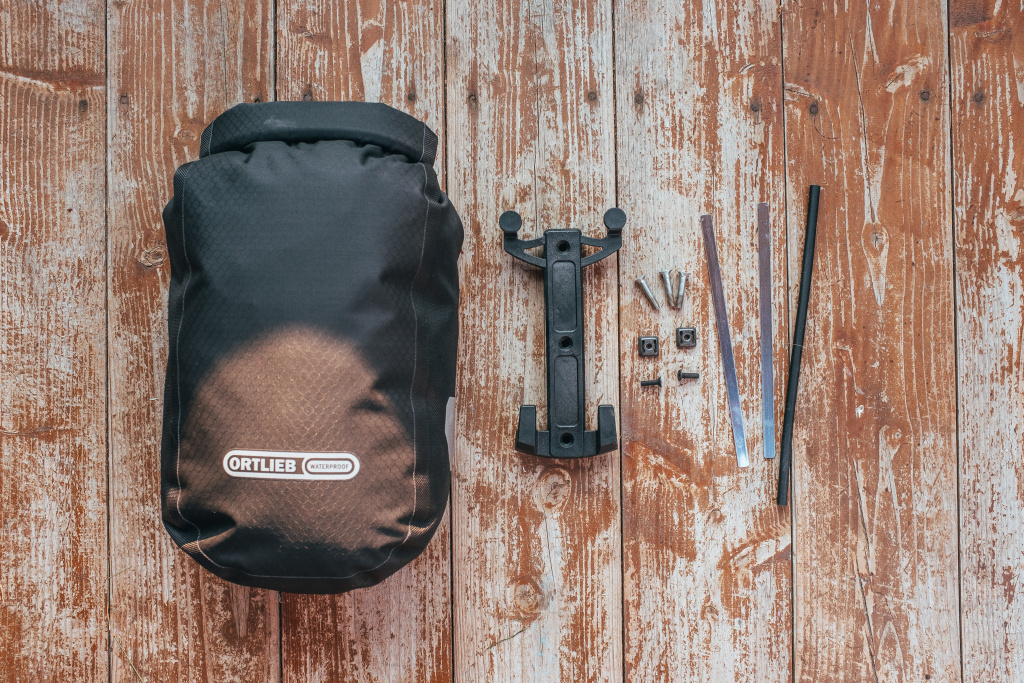 If you have a “bikepacking friendly” fork, mounting it is extremely easy. With three screws attached, you attach the holder to the fork, attach the satchel, and that’s it. At Ortlieb, they probably noticed that the “adventure” bikes weren’t that big, so they also supplied a mounting kit for forks without cage mounts. The vast majority of fixed forks have at least one thread for mounting a mudguard or carrier, and that’s enough. The rest will hold the pack delivered. I was surprised at how simple and good it worked. This is a steel band and a square nut that retracts into the body of the holder by tightening the screw, and with its edge pushes the steel band against the fork until the whole thing doesn’t budge. 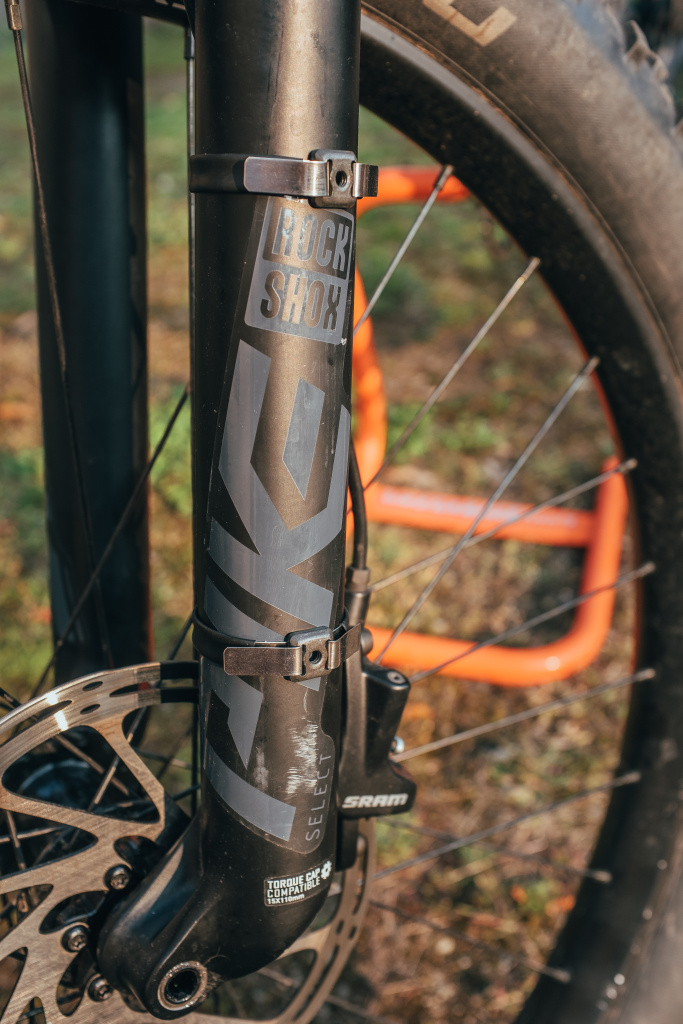 The holder can also be successfully used on the suspension fork. I tried it out on my Rockshock Pike, and I have to say I stared at the way it and the filled bag held it. The question is how this can have a long-term effect on the running of the fork, as in general any retractable tapes on the suspension forks are not recommended. 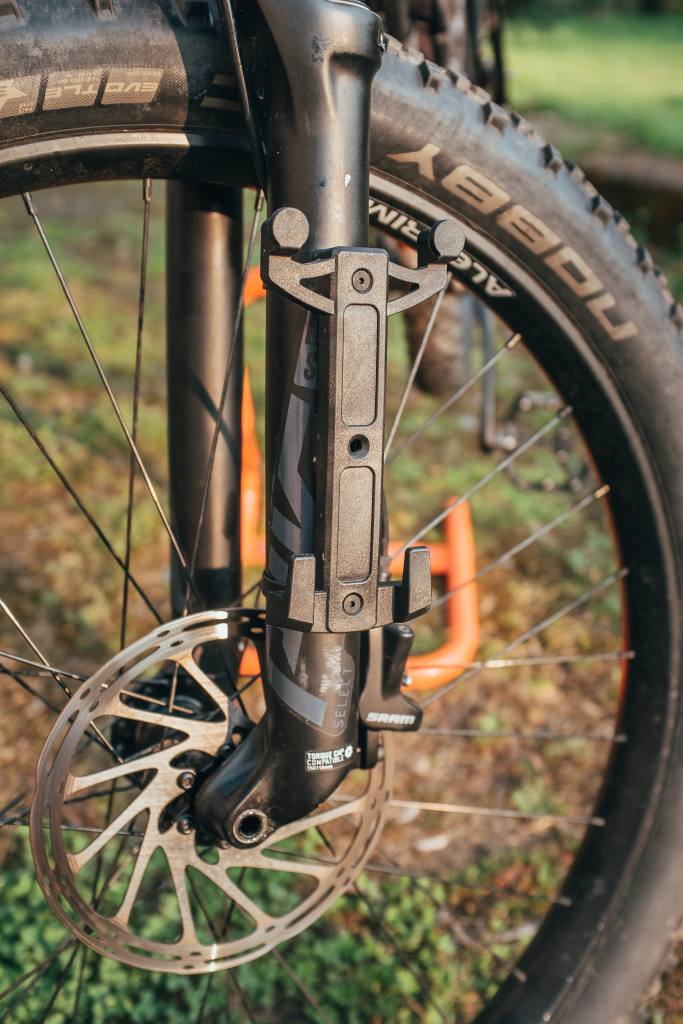 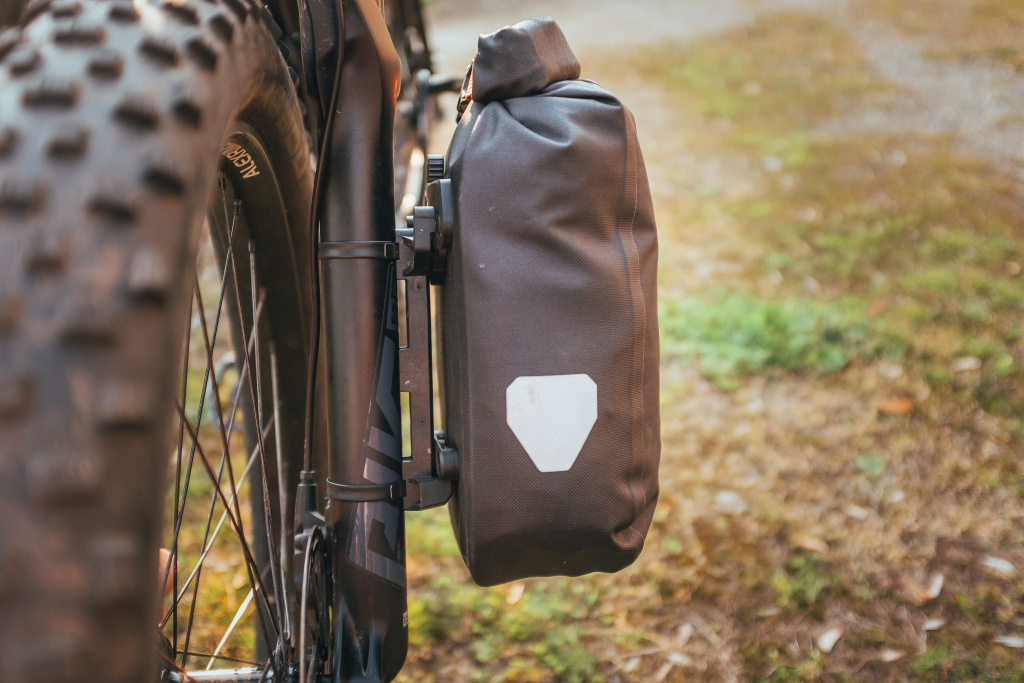 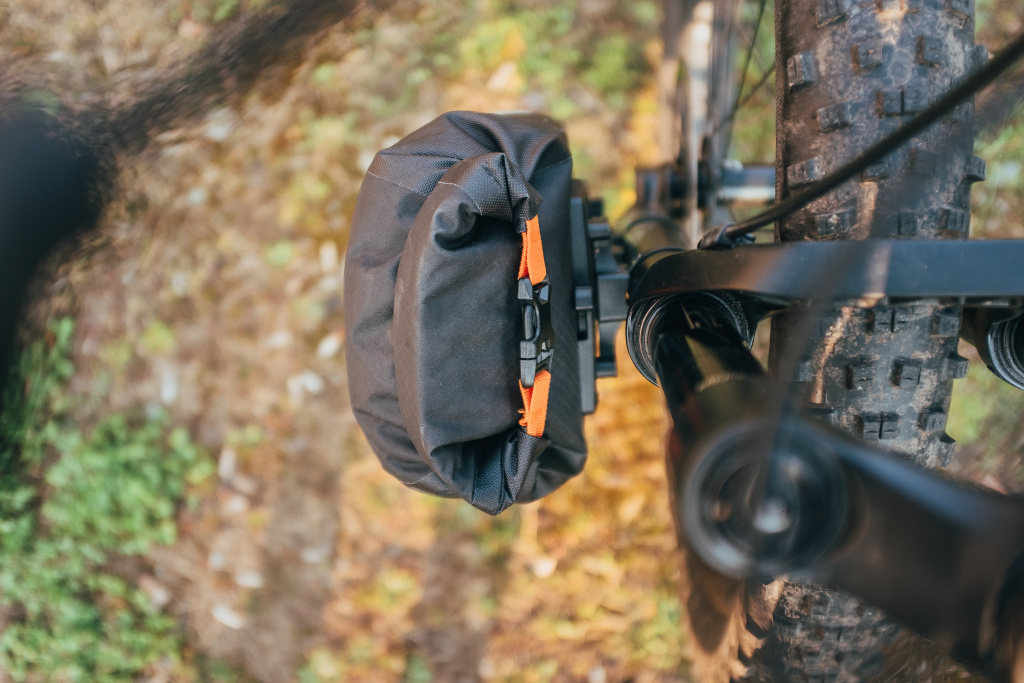 The instructions state that the minimum fork diameter for safe mounting is 30mm. So I also tried the narrow steel fork, using the coil on the fork for the middle screw and using steel tape for the top screw. I had to miss the lower screw because of the disc brake. I’ve had a few rides like this, and I’d say I could 100% rely on the fixtures. And I left out the bottom bracket insurance with duct tape over the original plan.

There are no problems with the strength or reliability of the improvised assembly. The downside, I suppose, is that if you don’t want to drive with a fork holder, the reassembly/disassembly is a bit annoying and lengthy. On the other hand, the bracket on the fork itself is not particularly obstructive or protruding, but there is, of course, damage in an unscheduled lie-down. Then there’s the small matter that the screw in the winder has a different head dimension than the screw in the square nut, so I needed two hexes when I assembled the graveling. It doesn’t affect the function, but it always upsets me to mount one thing with multiple tools. 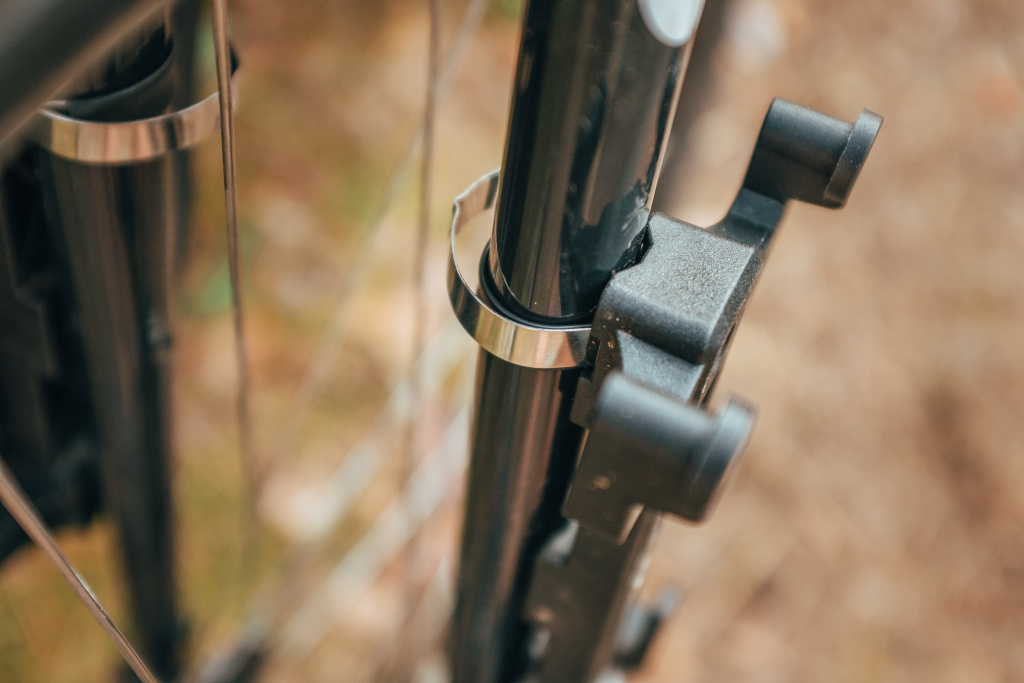 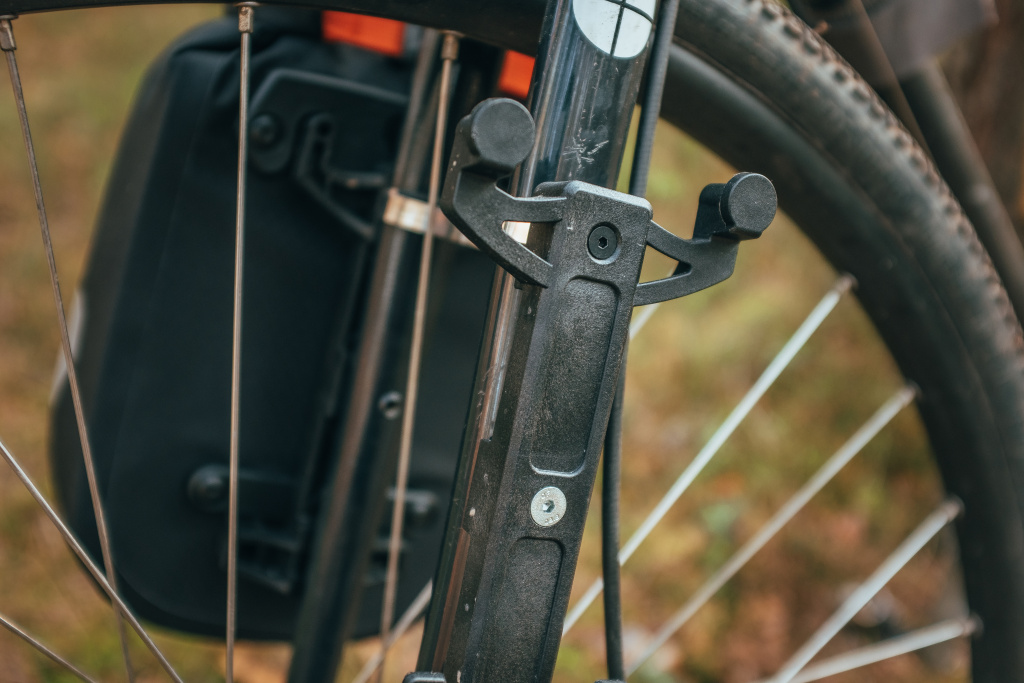 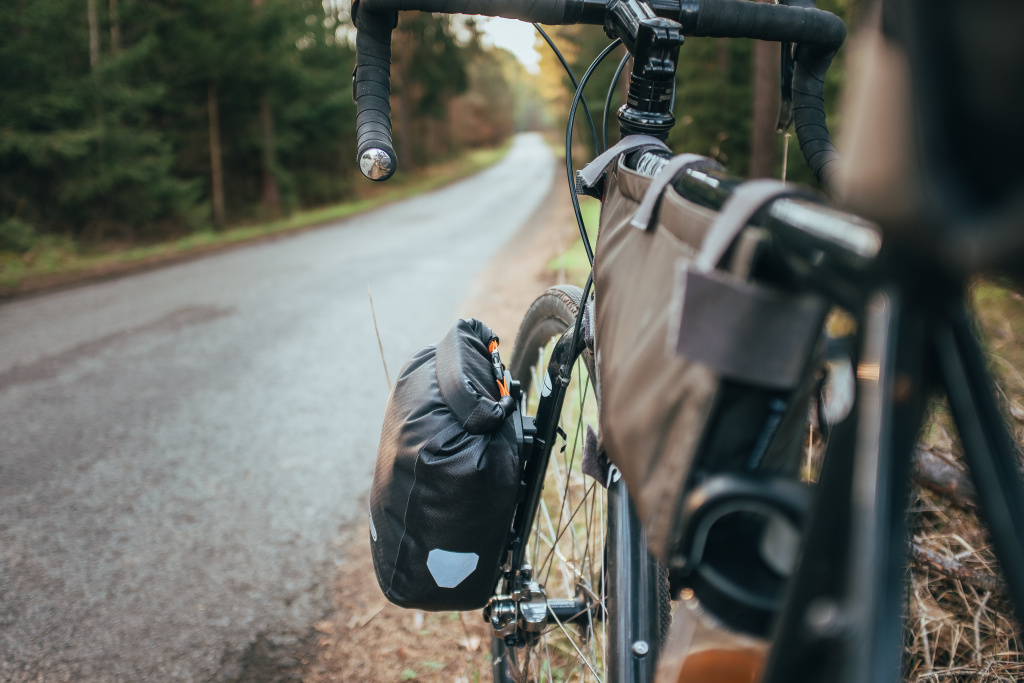 The satchel has a reinforced back and two plastic grips. The top one has an extra fuse that snaps shut after being inserted into the bracket and doesn’t let go of the bag. A release lever must then be used to remove the bag. Removing/putting on a satchel is as easy and quick as the classic carrier bags. I was a little concerned that, given the attachment system, the ailment of the carrier bags, such as the noise on the unevenness, would come. But in all my testing, I haven’t noticed any knocking. The wills are minimal, and probably because of the insurance, the bag is held in place as it should be.

Otherwise, there’s nothing extra on the bag. You fill, you roll, you put, and you go. You just have to expel as much air as you can because you won’t find any valve on it. 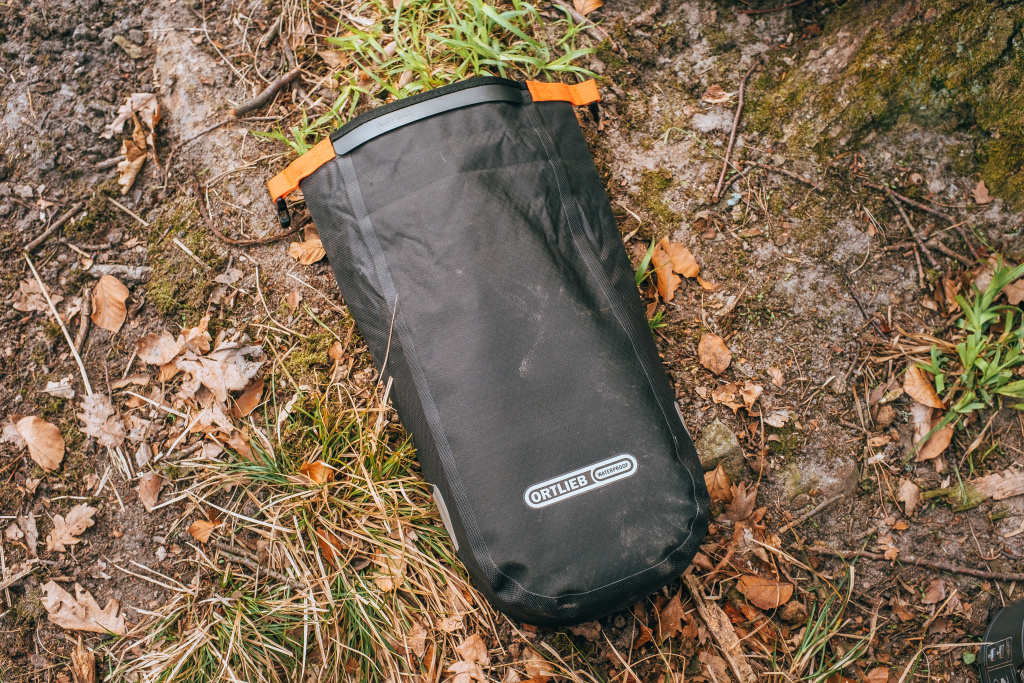 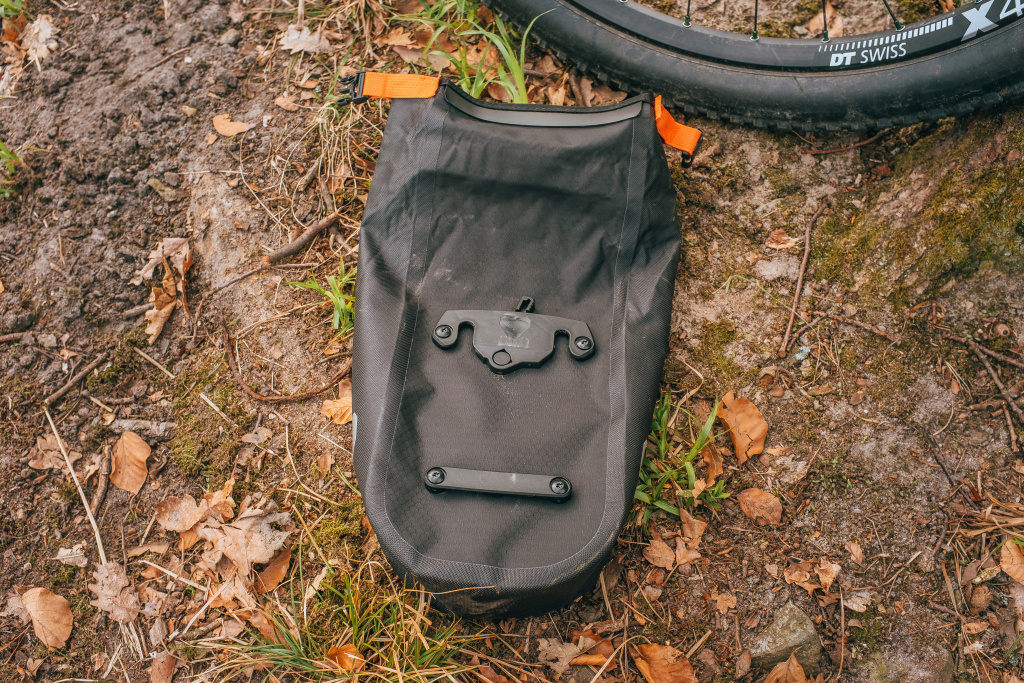 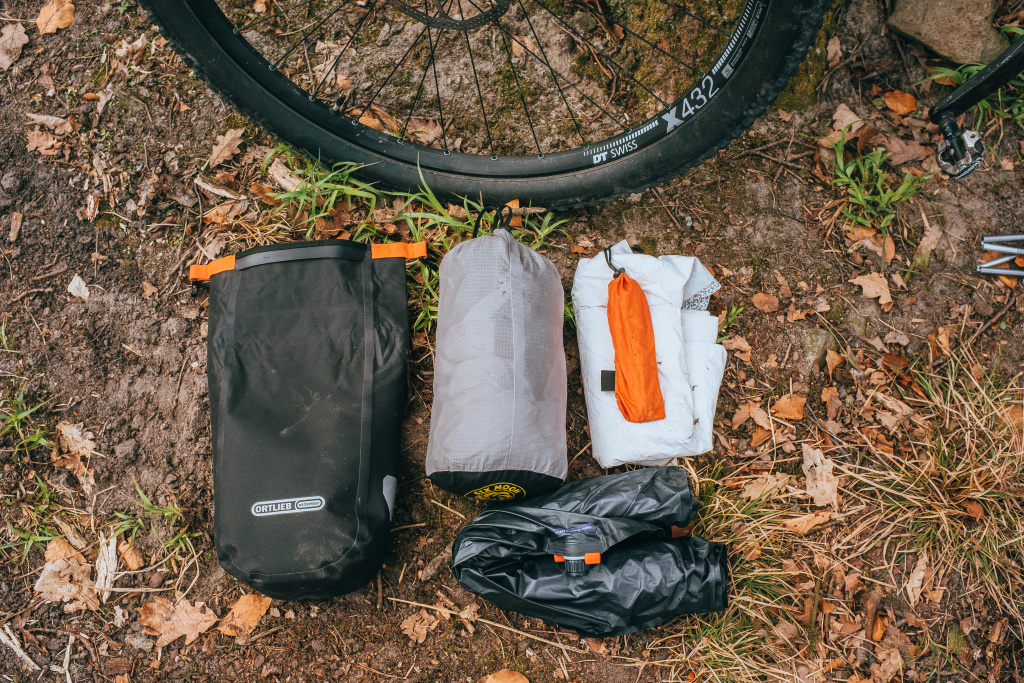 Ortlieb styles the promotion primarily in graveling, which is understandable these days. But I have to agree with them, because I also think it’s where Fork Pack belongs. Or paved roads. On the graveling, their uses seemed the most natural and made the most sense to me.

The degree of influence on the steering will also depend on the geometry of the wheel, but given the very limited volume and therefore the weight you cram in, the interference with the ride characteristics did not seem to me to be significant. Especially on the graveling, where I have slightly more toxic steering, the fully loaded Fork Packy didn’t bother me. It’s absolutely fine on wide roads without trialling passages. Plus, I find the bags look rather elegant on these bikes.

A lot of the time I had the Ortlieb Fork Pack mounted on the Surly ECR singlespeds. On Surly’s hard fork, assembly was, of course, the simplest and quickest. But it had one major ailment. And the turning of the bags towards the rider. It’s great for water bottles, but the satchel got into the worst angle I’d want to have on a bike. Ideally, I think it’s parallel to the wheel. Turning toward me made it obvious that the fall would cause the most damage to the bags, including the bracket. Plus, when there was a little wind, you could feel me literally taking the wind “into the sails.” And one last thing, since I have to ride a singlespeed often and long from the saddle, when the wheel was moving laterally, the mass on the sides of the fork was felt. This stands to reason, of course, and I do not put it as a negative, but as a fact. 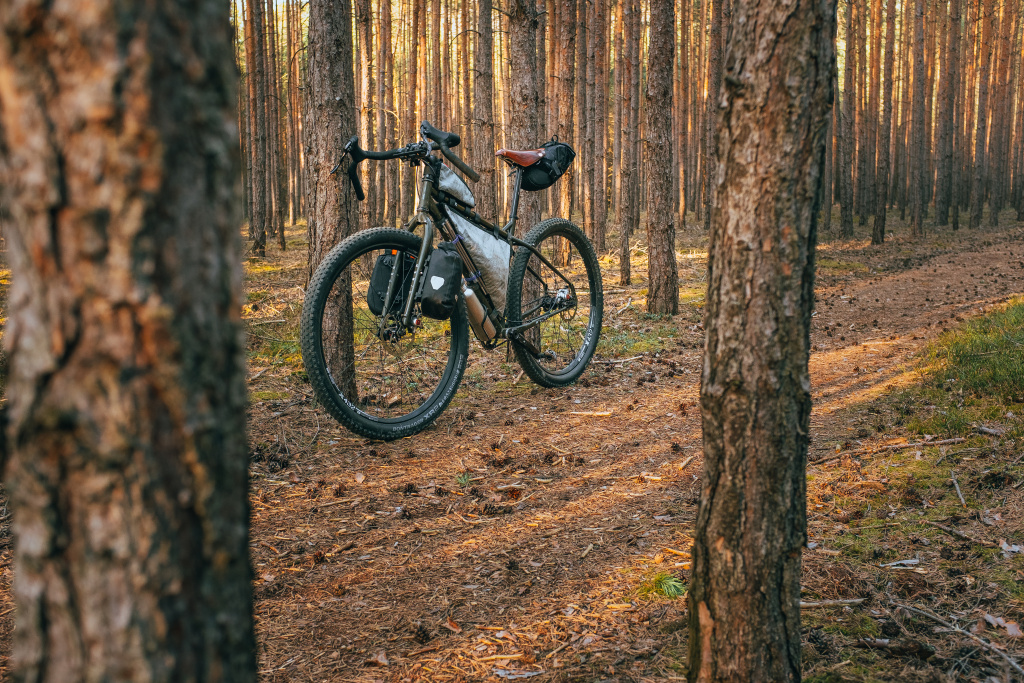 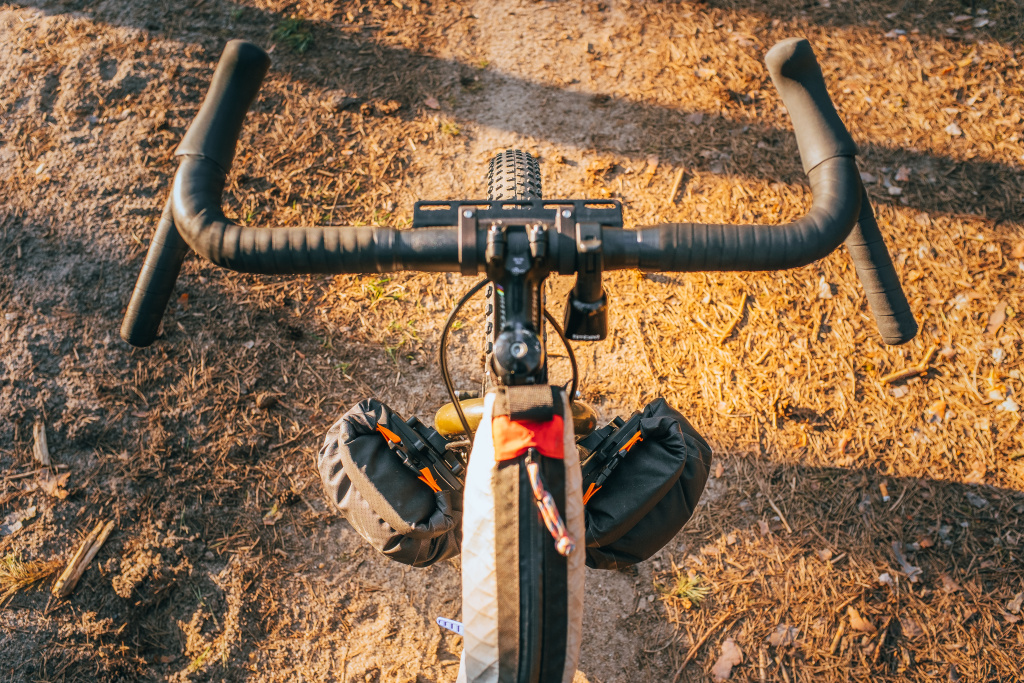 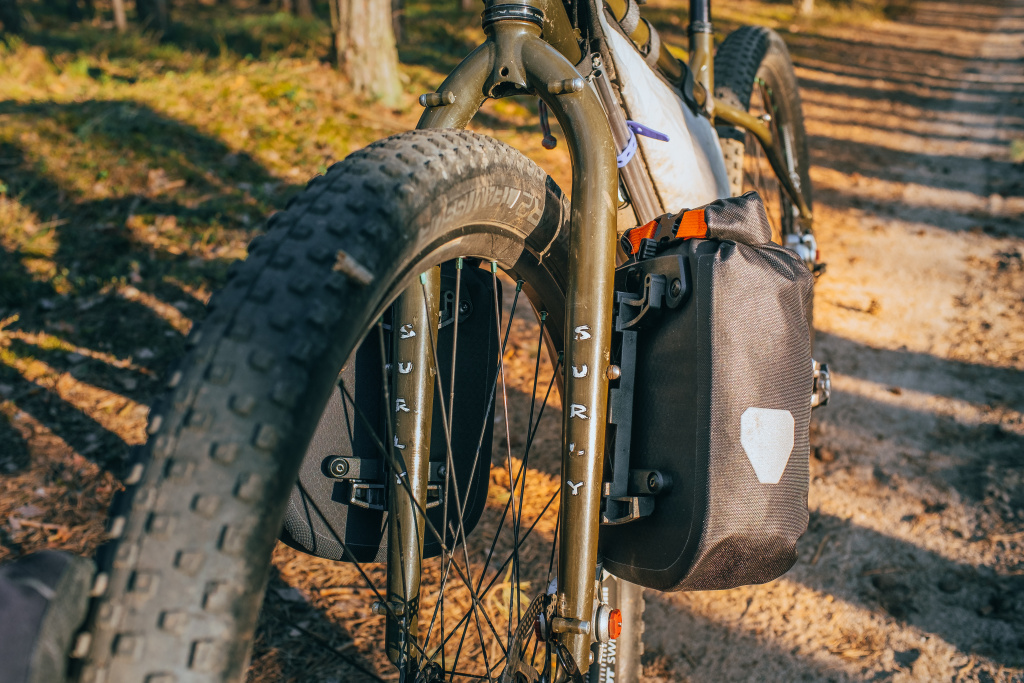 For narrow, technical trails, it’s no longer the logic of taking space around the front wheel. The risk of getting caught or damaged is great, and overall I didn’t like it on the trail bike. That’s why I like the most use when traveling on paved roads, where they’re easy to gobble up miles with even two extra bags that might make you more comfortable camping.

With Fork Packs, Ortlieb brought some of his cyclocest classic to bikepacking in a pleasantly compact package. This is certainly an interesting and successful option for increasing transport capacity.

Thanks to the guys at AZUB Bike who lent us the bags for the test.